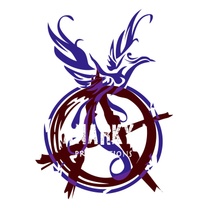 Kyriana Michelle Perlman, also known as AnarKy I is an independent hiphop/rnb/indie artist from Reno, Nevada, though she grew up all over northern California. From the biggest little city to the Bay area, she calls the West Coast home. She got her stage name from a game of Scrabble, when she accidentally discovered that the name on her birth certificate was an anagram for AnarKy I… which seemed to fit her rebellious misfit attitude and demeanor perfectly. As a child she always seemed to find herself misunderstood and outcast by her peers. She would seek solace in music and says she “found herself,” when she started “expressing the emotions she couldn’t share with anyone,” through her lyrics. Her hope is to be able to impact people in the way music impacted her, to be able to make a real difference in the world.

AnarKy prefers not to align with a single genre, as she says her music is inspired by any and all of them… “If they’re good.” Her style does feature a lot of RnB/Pop sounding vocals combined with some edgy, underground rap verses one would not expect to come out of this 5”3 Gypsy/Jew mix little girl, though. Coming from a multi-cultural family of, “All colors,” she says her inspiration and influences are all-inclusive.

Her first demo, which she wrote and produced on her own while couch surfing and living out of her car, was released in 2011. Her first album #ONE, however, didn't come out until 2016. The album features some very talented artists and producers such as: Sean Dossi-who also happens to be her producer and now fiancé, Stun-Em- President of CA2NV, and Wrekonize from MAYDAY! on Tech N9ne's label, Strange Music. She has also recently worked with Guilty One, Buddy Wireless, Fernando Isaiah, Carlitos, DJ Pumba, and Bizarre from D12. She has performed live with many reputable hip hop artists, including: Andre Nickatina, Snow Tha Product, King Iso, Krizz Kaliko, Prozak, Rob Stone, Twisted Insane, Lil Wyte, 1 Ton from Potluck, Lil Debbie, Demrick, Crooked I, Horseshoe Gang, Kurupt from tha Dogg Pound, Brotha Lynch Hung, Dizzy Wright, Glasses Malone, Penny, Bhad Bhabie, Stevie Stone, JL, Joey Cool, Kung Fu Vampire, Too Short, and more!

The majority of her videos are self-directed and produced, though she credits Mogelminded Productions and her fiancé, Sean Dossi for “making it all possible.” From her first release in 2017, an introduction track titled, AnarKy I, she has funded and produced all 8 of her music videos since then. Paying for her camera crew and other expenses as a bartender, cocktail server, and gogo dancer, “Like pretty much every other struggling musician,” she calls herself a “walking cliché.”

She is now writing her first screenplay for a feature length film entitled Alkemy Rize. Based on true events, this story tracks the life of Mykela Ezri, aka Phoenix, as she struggles to make a career as a Songwriter/Dancer in Reno, Nevada, while battling a spectrum of PTSD and other mental health issues. The underlying message targets the importance of perseverance and relationship support in the never-ending process of recovery. She wants to raise awareness for a variety of mental health issues from anxiety to addiction to Alzheimers/dementia—with which an increasing number of Americans are struggling. This project will be shot in 4k and feature an all-original soundtrack. AnarKy is currently seeking crowd-funding and/or sponsorships to provide the budget for this endeavor, as it is all being done independently. Upon reaching the budgeting goals, the film will be set to start production within the next year.

AnarKy and her Fiancé have also recently opened their own professional recording studio. The Wash Room, cleverly named after its messy/chic laundry room entry way, disguises a fully equipped industry standard studio and a collective 15+ years of professional audio experience. Their slogan boasts “The cleanest sound around,” and it’s hard to disagree considering the Avalon/Neumann U87 combo as well as an extensive plug-in library and multiple DAWs. For those of us who didn’t study audio engineering, a DAW is a Digital Audio Workshop, such as: Protools, Logic, Reason, and more. Which can all be found at The Wash Room.

Some interesting facts about AnarKy most people probably wouldn’t know, are that she is actually an honor student and has a degree in science, is a certified ski and snowboard instructor, has written and published a children’s book, called The Intergalactic Space-Time Traveler, and she adds, has a “serious foot fetish.”